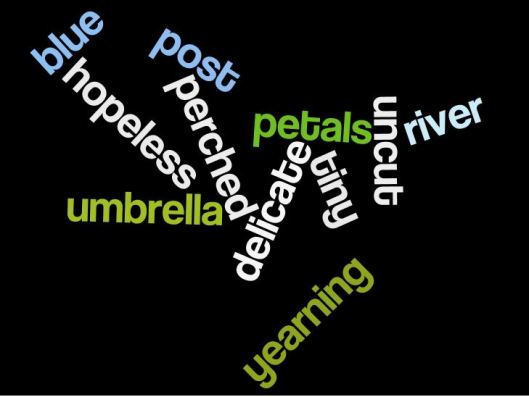 Her toes barely touching the floor,

she leaned her buttocks for balance

upon the well-worn seat of the swivel stool

that faced her tiny cluttered desk.

A creased sheet of white paper rested just below

She was too old to trust completely the computer, but

ceding its efficiency over her own, she set aside

the pencil, flexed her fingers out of a persistent cramp,

and noting her assistant’s stamped number in the corner

of the page that had held her too long in studied thought,

she moved her hands to the keyboard, and called up

the promising poet’s brief post onto the glowing screen.

Reflected there she saw her umbrella, propped, half-open,

against the wall next to her office door. She had left it there,

one morning days ago, the day that rain was promised

but never came. A vivid image came to mind:

the old river that had carved a crooked trail

that formed the western boundary of the old township

and had dwindled to a pitiful reminder of its former glory.

Rocks, once hidden beneath the rushing flow stood

naked and dry, helpless beneath the blistering sun.

Leaves, too early withered from a lingering drought,

littered the once verdant bank, to be lifted, whirled, and

scattered across the dry channel. Petals from the stunted

blooms of an aborted spring are a faint and faded echo

of the promises of a season that was not to be.

Her thoughts were interrupted by the sonorous rattle — perhaps an old truck? —

passing by on the street below her office window. Drawn once again

to the work at hand, the poet’s meagre offering still stands,

uncut, awaiting the keystroke from her practiced hand.

A gust of wind sent ozone-scented air through the window;

the still afternoon is suddenly disturbed by a flash of lightning,

underscored by a vibrating rumble of thunder. Like rocks thrown

by a bully, heavy drops of rain are pelted against the roof;

the window panes add their shuddering rattle to the music

She left the poem alone; she could not, would not,

reform what was not yet truly birthed.

Instead, she typed a letter of rejection.

She wrote that she could smell the rain,

that the sound of distant thunder shuddered through her breast;

the lightning offered up its highlights of the dry landscape

that soon, with time and persistent storm, would be reborn.

As the river refilled, rushed on to its eventual conclusion

to mingle with the sea, its name, its purpose

would become known and understood.

The letter was finished with her cordial signature. She sighed,

breathed a prayer for tender mercy, and turning to her window,

the sun-scorched earth below. A smile of rueful pleasure

crossed her face, and she turned back to her desk.

This young poet had entrusted her with a self-revelation.

Before returning it she read it again, and once more.

Carefully, she turned the page face down on her desk,

then rested her hand upon it for a moment of winsome, willful hope;

for a true spring. A silent benediction.

Finished, (first draft-wise), at last. Certainly, it is enough. .. 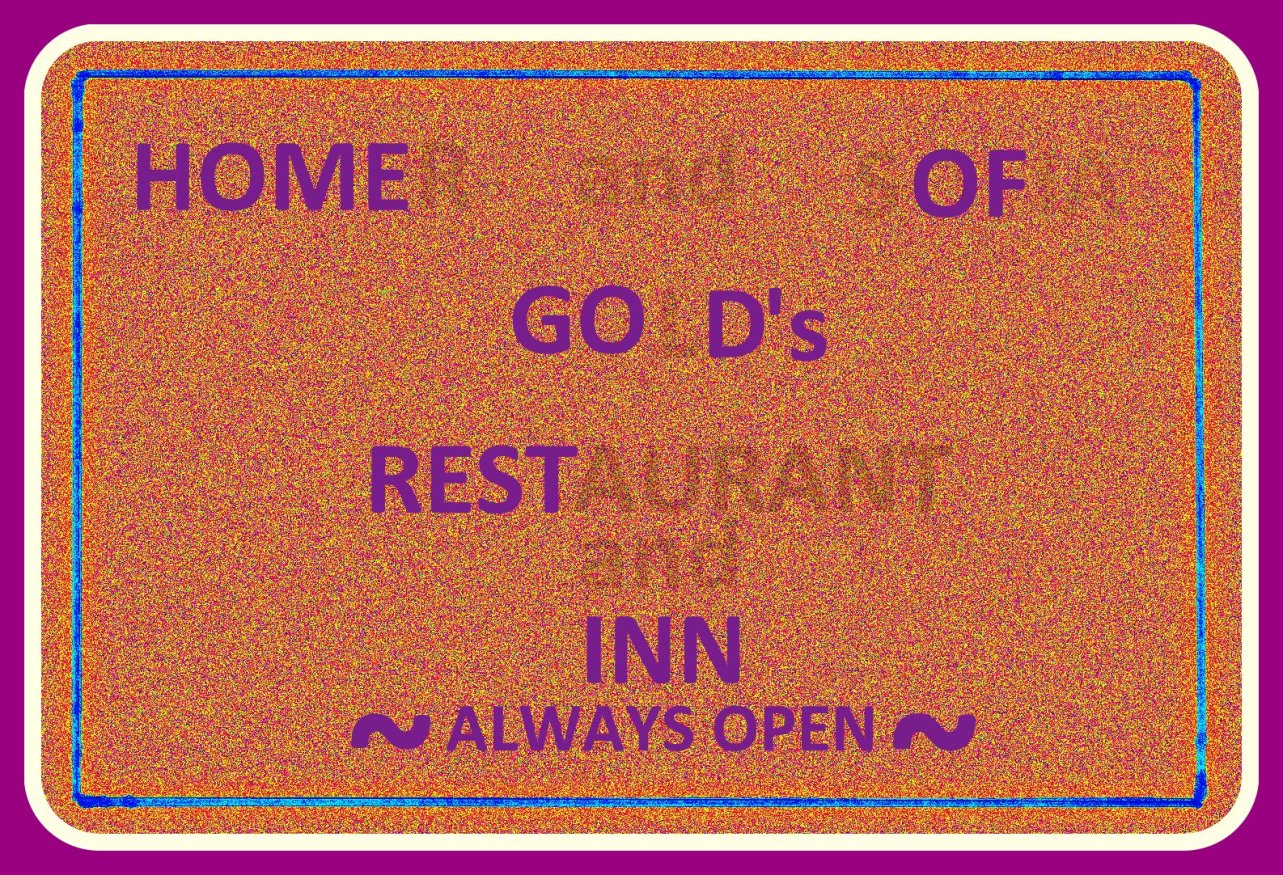 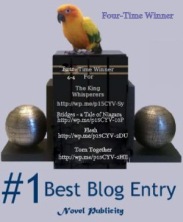 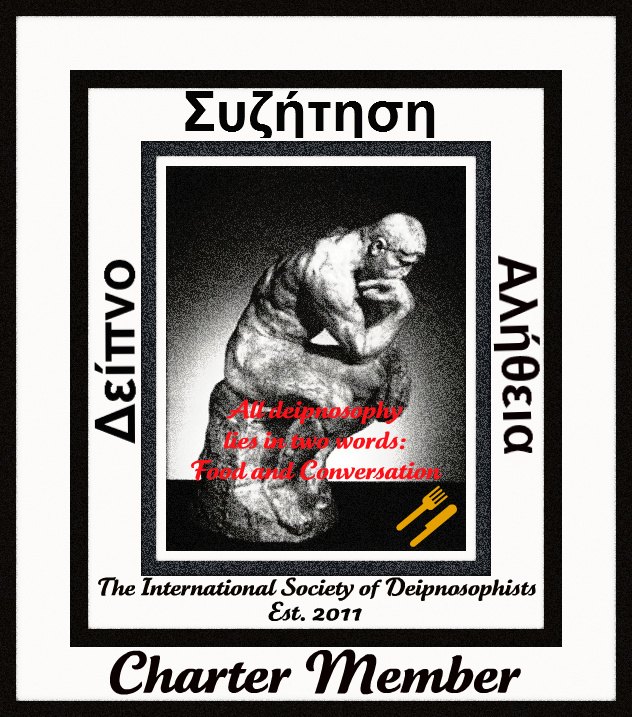