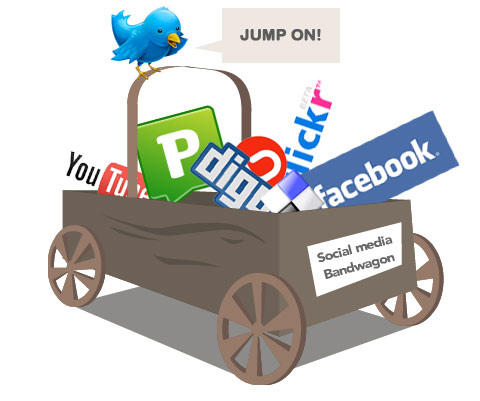 Sidey’s theme for this (past) weekend was “Social Media.” Owing to the weekend I had, I decided to make this a “Mid-Week Theme,” so you didn’t really miss an extra theme from her.  I’m just late submitting my two cents.

Social: I have used this word most often as either a noun, or in its verbal form, i.e., socialize.  I generally think of “social” as an actual, physical, human (or animal, for that matter – I socialize with our dog and our cat!)  interaction.  There is physicality involved, and not just communication.  I’m old enough to remember attending “afternoon socials,” and when in college and having my own apartment off campus my senior year, I held every Tuesday night something referred to as “Paula’s Tuesday Soiree Socials.”  (I just called them soirees!)  They were well attended, BTW.  I generally had perks at these occasions (nothing illegal, mind you), that were definite enticements. The point is, I was being “sociable,” and so were my friends.  We were interacting together, which included, but was not limited to, by any means, hugging and kissing, but also talking and laughing, listening to and making music, and playing different games, such as charades, cards, (matchstick poker – none of us were rich!), or multi-player board games.

Until Facebook came along, I seldom heard of social as being defined in any other way as described above, nor did I hear it used as often as today, as an adjective – as in “Social Media,” the epitome of which, today, is Facebook.  This difference means nothing more than the fact that I am old.  Many, many definitions of “Social” do not require human or animal contact other than through some form of communication.  It is still hard for me, however, to say I am being “social” when I type in a status or a comment on Facebook, blog, or in e-mail or letter.  I just see myself as communicating, or sending a note, message, or a missive.

Media:  Some of you might be surprised to learn that the first definition I found for Media is a historical, geographical term.  Media is the name of an ancient country of SW Asia, south of the Caspian Sea, inhabited by the Medes.  The Medes overthrew the Assyrian Empire in 612 b.c. in alliance with Babylonia.  They were then conquered by Cyrus the Great in 550 b.c.  The area now corresponds to present-day NW Iran.

You know all the rest of the definitions for Media:  plural of medium; means of communication that reach large numbers of people, such as television, newspapers, and radio; it can be an adjective – as in media hype, or a media event; there is the medical use of media, which refers to the middle layer of the wall of a blood or lymph vessel.  It is also used in other scientific or professional ways, as a singular noun, the plural of which is mediae.

The following are several words that are referred to as forms of media:

feuilletonnism – that is the practice of many European newspapers of allowing space, usually at the bottom of a page or pages for fiction, criticism, columnists, etc.  This is not to be confused with and OpEd page, or an editorialism, as we know it in the USA. (This was a new word for me, so I included the definition.  For the rest of these you are on your own.)

Put the two words together, and what do you have?

Pessimistically, you have impersonal and random means of spreading information, either true or not.

Optimistically, you have specific and personal communication of feelings, opinions, and genuine information for the needed edification of that person or others concerned.

Where are we today?  You got me.  You’ve all too frequently read my opinion about the proliferation of misinformed opinion presented as fact, or what my mother referred to as “shared ignorance.”  The internet has only made it worse.  On the other hand it has become a way of cyber-meeting and making contact with people you would never have had the opportunity to meet in any other way.  I’m thankful for that – thankful for “meeting” my Gentle Readers.  But I am angered by the pessimistic direction where social media is often falling, in its own invasive and commercial way.

There is no simple way in which I can speak of “social media,” so I believe I have already said enough. . .